The Perils of a Family Business 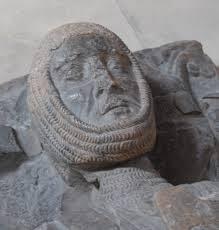 Working for a family business can be difficult because family businesses seem to inevitably degenerate into factional fighting. Loyal workers are dragged into the family’s feud and must be clever at balancing the competing interests of the various family factions.  A perfect example is the career of William Marshal, who served a series of English kings between 1170 and 1219.

William Marshal worked for the family business known as the Angevin Empire, which was founded by King Henry II of England and his wife, Eleanor of Aquitaine. Marshal began his career as one of the household knights of Eleanor. Since Eleanor fought frequently with her husband, her knights risked loss of property and life depending on how the marital feud was progressing.

Marshal became an expert at balancing the competing family loyalties. Henry II and Eleanor rewarded Marshal by appointing him to serve their son, Henry (Henry the Young King). Young Henry also fought a long bitter feud with his father that ended only when Young Henry died. At that point, Marshal could easily have found himself stripped of all his property and exiled from England. Instead Marshal was welcomed back into the family business because King Henry II couldn’t afford to lose such a skilled knight and diplomat.  Marshal remained loyal to Henry II during the feuds that Henry fought with his other sons, Richard the Lion-Hearted, Geoffrey of Brittany, and John (signer of the Magna Carta).  Marshal survived to serve as a senior advisor to both Richard and John.

When John died, Marshal ensured that John’s son inherited the English crown. With a child on the throne, the family business was in

deep trouble and England faced a hostile takeover by French barons. Most of the English barons sided with the French, but Marshal, who was in his 70’s, sided with John’s son. Marshal personally led the English army that defeated the French.

Why should we care about William Marshal today? Anyone who has ever tried to climb the greasy career pole in a company will recognize the situations faced by Marshal. He dealt with crazy bosses such as King John, who was crazier than the Mad Hatter. He survived back-stabbing colleagues who tried to destroy his career in an effort to advance their own. He had to reestablish his career each time a new king took the throne. Through it all, his competence and skill made him indispensable to the family business.

William Marshal was a “company man” long before that term was coined and he survived family feuds spanning decades. An excellent biography of William Marshal is, The Greatest Knight by Thomas Asbridge (2014).