The Other Side of the Couch – What Is It about “Frozen?” 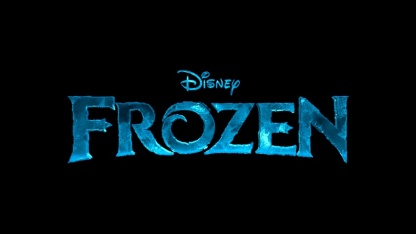 I was attending a theater performance some days ago and noticed a young girl sitting in front of me.  She was wearing a very pretty dress and when I commented on it, she looked at me as though I were completely “not with it” and informed me, “I am Anna.”  Now, had she been wearing the Elsa costume I would have caught on much more quickly.  I nonetheless realized that I was in the presence of one of the myriad of young girls (and young boys, for that matter) who have been caught up by the amazing movie “Frozen.”  For those aliens who have completely missed out on this phenomenon, the movie is loosely (very loosely) based on the Hans Christian Anderson fairy tale, “The Snow Queen.”  However, in this story, the hero is an anti-hero, the main characters are two sisters, and the final redemption happens as the result of sacrificial love.

Elsa, the snow queen, sings the anthem “Let It Go,” a song that has taken the hearts of young people (and many adults) by storm.  Elsa has tried to hide her power, has been afraid to use it, and finally reaches a point of letting it out or letting it go…also letting go of the restrictions and fears with which she has lived.  Her gift, her power, was considered dangerous by her family and had indeed inadvertently caused harm to her sister.  Elsa herself was afraid of her power, and so, contained it, rejecting her own strength in the process and never learning how to use and control it.

In an article that appeared on June 25, 2014 in the New Yorker Magazine, Maria Konnikova describes an experiment set up by George Bizer and Erika Wells, psychologists at Union College.  They became interested in the “Frozen” phenomenon and decided to ask some questions of “every psychologist’s favorite population: college students.”

“While responses were predictably varied, one theme seemed to resonate: everyone could identify with Elsa. She wasn’t your typical princess.  She wasn’t your typical Disney character.  Born with magical powers that she couldn’t quite control, she meant well but caused harm, both on a personal scale (hurting her sister, repeatedly) and a global one (cursing her kingdom, by mistake). She was flawed—actually flawed, in a way that resulted in real mistakes and real consequences. Everyone could interpret her in a unique way and find that the arc of her story applied directly to them. For some, it was about emotional repression; for others, about gender and identity; for others still, about broader social acceptance and depression. ‘The character identification is the driving force,’ says Wells, whose own research focusses on perception and the visual appeal of film. ‘It’s why people tend to identify with that medium always—it allows them to be put in those roles and experiment through that.’ She recalls the sheer diversity of the students who joined the discussion: a mixture, split evenly between genders, of representatives of the L.G.B.T. community, artists, scientists. ‘Here they were, all so different, and they were talking about how it represents them, not ideally but realistically,’ she told me.”

Elsa has become a symbol in many different ways to many different groups.  The song itself, although it is now driving some parents crazy, allows for an experience of internal letting go, of just being who you are in the moment.  In a society that often values stiff-upper-lip attitudes toward emotions other than joy and happiness, some kind of relief is experienced in just throwing everything to the winds.  Elsa’s salvation ultimately came when she allowed her power out and learned through her sister’s sacrifice to control it for good.

Is there “letting go” that needs to happen in your own life?

Susan is a communications and relationship specialist, counselor, Imago Relationship Therapist, businesswoman, mother, and proud native Nashvillian. She has been in private practice for over 30 years. As she says, “I have the privilege of helping to mend broken hearts.”

Filed under Fun Savvy, Self Savvy