The Other Side of the Couch – A Silver Lining 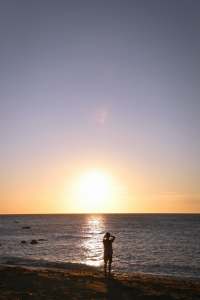 As sickening as the mob is that overran our Capitol building on January 6, 2021, I am oddly grateful for it.

This crisis has brought into stark reality the ways in which our country has been infiltrated by anti-democratic fascism.  Thousands have been radicalized by the ongoing lies perpetrated by Trump, Trumpism, Fox News, and all the social media platforms that were allowed to run unchecked over the last four years.

Katherine Belew, author of Bring the War Home (a treatise on the reality of the white power movement that extends all the way back to the aftermath of the Viet Nam war) writes that law enforcement and media in the U.S. have looked the other way at domestic terrorism, defining violence perpetrated by angry white men as “lone wolf” types of events. She shows that these anti-democratic, pro white-power groups, essentially Nazi-like in their beliefs, are actually deeply embedded in our culture. There aim is to OVERTHROW THE GOVERNMENT and to create what they call a transnational white country (excluding any kind of person who is “not white”). Unsure about whether a group is patriotic or not – look for the Nazis. If there are Nazis or Nazi-like rhetoric involved, be sure the group is NOT patriotic!

The ideology of Trumpism, America First, anti-immigrant, anti-black and indigenous peoples, is not conservative. It is radical, and its aim is to de-stabilize and ultimately dismantle the institutions that have governed this country since its inception in 1776.

Why on earth, then, would I say there is silver lining to this horrific event?

The way I see it – the reality is no longer hidden. It is no longer possible to discount Trump and his extremist followers as “patriotic Americans who are exercising their free speech rights”. The President of the United States incited violence. He supported an insurrection. We saw it happen. It cannot be denied.

Arnold Schwarzenegger’s powerful condemnation of Trump and of the invasion of the U.S. Capitol compares what happened to the Nazi’s Kristallnacht – the Night of the Broken Glass – the ominous beginning of the rise of Hitler’s legions. His video is well worth watching. Look him up on Youtube.

Our democracy held, and swift change has followed. No more Twitter, no more Facebook, no more access to social media by President Trump. The “free-speech app” Parler was shut down when Amazon removed its access to its servers. Large corporations are informing elected officials who objected to the state’s electoral votes in the House and Senate that they would not be receiving campaign donations. The FBI began investigations into hundreds of people who appeared in video on the Capitol assault, and arrests have begun. Trump may be impeached for a second time – and this time he could be convicted.

As we enter a new year, a new administration, and new hope for a different future, I am glad that the reality of these extreme groups has been revealed. Hidden, it was hard to believe. Out in the open, we can see the reality, and we can begin to change it.