The Other Side of the Couch – When It Is Too Late 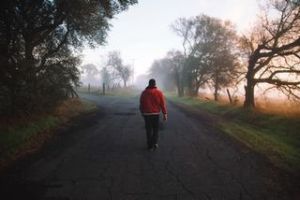 I heard the news from my brother.  One of our first cousins passed away.  He was sixty-three.  I had not seen him since he was a child when he and his sister came to our home at Christmas time to visit their mother, who at that time was living with my grandmother.  She had lost custody of the children due to issues with mental illness.

He was ten years my junior, and I lost track of him over the years.  I was closer to his sister and kept track of her.  I knew that he was himself suffering from some form of mental illness and that he had withdrawn from contact with any family, including his father and sister.

On learning all of this, my own response is regret.  How very sad that none of us knew him!  How very sad that he had cut himself off from a group of like-minded people – the theater connection runs very strong in my family – and that we will never get to know him, or he, us.

I don’t know his story – I am only left to imagine that the scars of the childhood traumas ran very deep, and that he was not able to overcome the beliefs and perceptions about the family that were based on those experiences.

I regret that I never tried to reach out, and that now it is too late.

Cut-offs in families are painful and sometimes defy reconciliation – but death is the final cut-off.

Don’t wait to try until it is too late.