The Other Side of the Couch – They Did It

As a woman who came of age in the sixties and who was deeply involved with what is now called Second Wave feminism, the grief, disappointment and, yes, anger I feel at the Supreme Court’s overturning of Roe v Wade is immense.  The warnings had been coming for months; the leaked draft seemed to confirm the direction of the Court, but it was not until it actually happened that the enormity of this action hit home.  Fifty years of precedent.  Fifty years of what they called “settled law”.  Kavanaugh and Gorsuch lied to the United States Senate.

What is next?  IVF? Contraception? Gay marriage?  The legal arguments used in Dobbs can be applied to these other statutes.  Will it happen?  We said it wouldn’t – they wouldn’t – but they did.

The Congress is gridlocked – the Court has therefore assumed an overreaching role in determining policy – not law – policy.  By throwing these decisions back to the states they are undermining the entire  system of government on which our democracy rests. They are deepening the already painful divide between states and citizens.  One Civil War was fought over State’s Rights.  Must we face another?

I don’t even know what to say anymore.

I will let Margaret Atwood, author of The Handmaid’s Tale, have the last word.

“If Justice Alito wants you to be governed by the laws of the 17th century, you should take a close look at that century. Is that when you want to live?”

On another and different note – friends, I want to let you know that as of this date I will be taking a break from writing for HerSavvy.

I am needing to turn my energy to helping my husband through some health challenges.  It has been a joy to write for HerSavvy over these years – we began the blog in 2014, and it has been my pleasure to muse on many and varied topics over these many years together.  I wish you much joy in the days and years ahead. 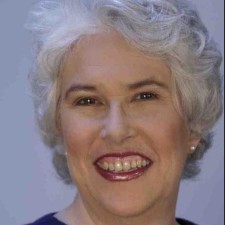 About Susan Hammonds-White, EdD, LPC/MHSP
Communications and relationship specialist, counselor, Imago Relationship Therapist, businesswoman, mother, proud native Nashvillian – in private practice for 35+ years. I have the privilege of helping to mend broken hearts. Contact me at http://www.susanhammondswhite.com.
Like what you’ve read? Feel free to share, but please….. Give HerSavvy credit!