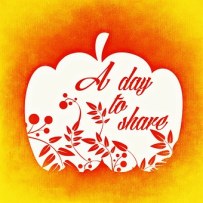 In two days, Americans will gather for the annual Thanksgiving feast.  Thanksgiving is a very American holiday because it is associated with the best and worst of our society.

The first Thanksgiving was held before the U.S. actually existed as a country.  In 1621, the Pilgrims celebrated with the Wampanoag Indians. The Pilgrims were English settlers who fled Europe in search of religious freedom.  They were saved from starving by the local Wampanoag tribe who helped them adapt to their new neighborhood.

What happened next? The Pilgrims discriminated against anyone who was not a Protestant in the Puritan image. That meant English Quakers had a rough time in New England. The Pilgrims also rid their new neighborhood of the “heathen” Indians using methods that today would be designated as ethnic cleansing.

Thanksgiving was designated a national holiday in 1863 by President Abraham Lincoln. Why did he decide to create a national holiday? By 1863, the American Civil War had dragged on for three years. The south was losing the war but the north wasn’t clearly winning.

Lincoln needed a win and Thanksgiving was a symbolic victory. It also allowed him to reiterate his message of binding the country together by using the day to “heal the wounds of a nation.”  His aspiration was never fully realized as we see with today’s political divisions on issues of race, gender equality, religion and immigration.

In 1939, Thanksgiving was moved to the fourth Thursday in November by President Franklin D. Roosevelt. Why the fourth Thursday of the month?  The Great Depression was grinding on and FDR hoped to increase retail sales by creating more shopping days before Christmas. Today, early sales begin on Thursday and end with the Internet-crashing sales on cyber-Monday. American capitalism is obscuring the purpose of the holiday.

But in spite of the rampant commercialism and the ugly elements engaged in race-baiting, gender bashing, and anti-immigrant claptrap, Thanksgiving shines through.  In two days, people will gather to eat turkey, ham, stuffing, potatoes, cranberries, fish tacos, burritos, turnip greens, cornbread, fry bread, sushi, ramen noodles, curries, or hotdogs and hamburgers. Whether kosher or halal or nothing in particular, we’ll all enjoy the feast.

Our annual feast has evolved as our society has evolved. That’s the best tradition for an American holiday.   Happy Thanksgiving!

My company, Corporate Compliance Risk Advisor, helps employers create human resources policies for their employees and employee benefit programs that are appropriate to the employer’s size and budget. The goal is to have structure without bureaucracy.