The Other side of the Couch – Ukraine 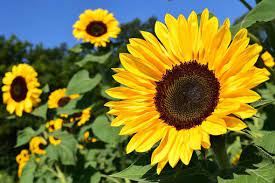 I sit here today, safe, in my own warm house with my own possessions around me.  I can use my cell phone to call anyone I want to call.  I can walk outside without worrying.  I can speak my mind to my neighbors, and while we may disagree, I am not afraid that I will be turned in to the police for something I have said or done. I have money to buy food, and if I need cash I can go to the bank and access my checking account to get more cash.  My family is safe, and I know that I can see them whenever I want to do so.

And I am thinking of the soldiers from both countries, soldiers who are fighting in a war that they neither chose nor believed would happen.  These young men – and women – will die because of the twisted mind of a man whose greed and vanity and ego have released the scourge of war once again on an innocent people.

The Russian people are suffering as well – pulled into a war they, too, did not choose and blinded by the limited access to other perspectives than that which is fed to them by the state-run media.

Here in Fortress America, far away from the realities of war on the European continent, it may be too easy to say to ourselves that this war has nothing to do with us – it is over there, far away.  I know that there are some who are saying exactly that, although their voices have been muted by the extraordinary courage and resilience of the Ukranian people’s fight against Putin.  This is exactly what was said in the 30s and 40s in the runup to WWII by many – until we were attacked at Pearl Harbor.  Let it not come to that – let it not be that our political will to fight Putin and his war machine has to depend on our own country being attacked in order to muster the will to crush him.

I am grateful that the leaders of the European Union have stepped up and that the careful diplomacy of the Biden administration has created a unified response to an unprovoked attack on all democracies.  May it hold firm in the difficult days ahead.

About Susan Hammonds-White, EdD, LPC/MHSP
Communications and relationship specialist, counselor, Imago Relationship Therapist, businesswoman, mother, proud native Nashvillian – in private practice for 35+ years. I have the privilege of helping to mend broken hearts. Contact me at http://www.susanhammondswhite.com.
Like what you’ve read? Feel free to share, but please….. Give HerSavvy credit!

Filed under History, Self Savvy