Out With The Old, In With… 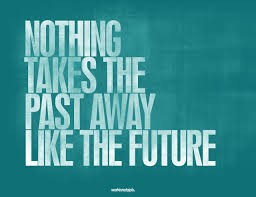 Yes, the entire world is under siege by a deadly virus, but I still feel some degree of optimism. There’s something about Joe Biden that invites me to trust him. You may not agree, but, to me, he just seems very real. As I watched Joe giving a press briefing, I felt he spoke to the American citizens as an American citizen. No airs, no pompous attitude, nothing like his predecessor who, I felt, always came off like he thought he was a ruling monarch. It always made me nervous when he started to speak. He was just plain scary.

I was really encouraged by Press Secretary Jen Psaki’s Press Briefing on January 25th. It feels like things in this country may actually get “back to normal,” whatever normal may be these days. At least we will be heading in a positive direction:

First, as a part of this administration’s accessibility and inclusion efforts, starting today, we will have an ASL — an American Sign Language — interpreter for our daily press briefings… The President is committed to building an America that is more inclusive, more just, and more accessible for every American, including Americans with disabilities and their families.

Today’s action fulfills another campaign promise.  With this EO, no one will be separated or discharged from the military or denied reenlistment on the basis of gender identity.  And for those transgender service members who were discharged or separated because of their gender identity, their cases will be reexamined.

President Biden believes that gender identity should not be a bar to military service and that America’s strength is found in its diversity.  America is stronger at home and around the world when it is inclusive.

This afternoon, the President will sign an executive order that takes an important step to support American manufacturing.  With this “Buy American” executive order, the President is already making good on his commitment to building a future that is made in America by all of America’s workers.

Here’s to a safer, more inclusive, more prosperous future for the United States of America and all that it has stood for.

LONG MAY SHE WAVE!

Jan is a singer, a songwriter, a licensed body worker specializing in CranioSacral Therapy, and a teacher.  She is an advocate for the ethical treatment of ALL animals and a volunteer with several animal advocacy organizations.  She is also a staunch believer in the need to promote environmental responsibility.