A Confluence of Commemorative Events 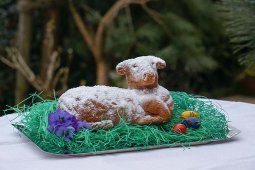 On Saturday, Passover begins and Jews around the world will commemorate their liberation from slavery in ancient Egypt.  On Sunday, Christians will celebrate Easter Sunday, remembering the resurrection of Jesus Christ.

Saturday is also the anniversary of the 1889 birth of Adolf Hitler.  Neo-Nazis will surely celebrate this event with a stream of hate and rage at their “enemies”.  The confluence of these events leads to reflection on the world that was and the one we live in today.

In 1933, the world was in the middle of the Great Depression and German democracy was weak, similar to some of today’s eastern European countries or Central American countries.   Weak government coalitions fought incessantly, oligarchs fought to preserve their economic privileges and political extremists fought in the streets.

Then an opportunist appeared promising law and order, the restoration of national pride and economic prosperity.  In 1933, as in any year, most people were not political extremists. But after watching the career politicians bicker themselves into deadlock, they were willing to vote for a political outsider while ignoring his hooligan supporters and his more outrageous rhetoric.

Besides, rhetoric that blamed an enemy whether Jews (Nazi Germany), democratic Western Europe (Putin’s Russia), Imperialist America (Nicolaus Maduro’s Venezuela), or Jews, Muslims, blacks, Hispanics, women and independent journalists (today’s America), made sense to people who were angry.  Angry people want to lash out against their perceived impotent inability to change their circumstances.

All they need to fan their sense of injustice is a seemingly strong leader blathering hate that feeds their anger. But populists aren’t strong; they are cowardly schoolyard bullies. They incite others to violence. They stay in power as long as they can shower their closest associates with money and privileges. Abdelaziz Bouteflika (Algeria) and Omar al-Bashir (Sudan) were recently deposed when they could no longer guarantee wealth and privilege to their inner circles.

Today’s populists will cause untold misery before they too burn out. But they will fade away because hate is a dead end.  As people around the world celebrate the confluence of this weekend’s commemorative events, it’s important to remember that two of those celebrations are of hope.

My company, Corporate Compliance Risk Advisor, helps employers (with up to 50 employees) to create human resources policies and employee benefit programs that are appropriate to the employer’s size and budget. The goal is to help small companies grow by creating the necessary back office administrative structure while avoiding the dead weight of a bureaucracy.  To read my musings on the wacky world of human resources, see HR Compliance Jungle (www.hrcompliancejungle.com) which alternates on Wednesday mornings with my new history blog, History By Norma, (available at http://www.normashirk.com). To read my musings on a variety of topics, see my posts on Her Savvy (www.hersavvy.com).

2 responses to “A Confluence of Commemorative Events”